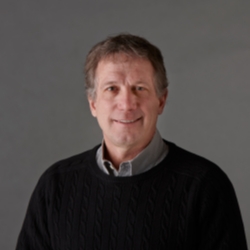 Pierre Lemieux, ASTC, President and Arena Theatre Consultant is widely known as one of the top Consultants in the entertainment industry he has unchallenged knowledge of large-scale venue construction, electronic display design and installation, large scale touring and audio, video and rigging systems design. Pierre is most recognized from his years as Technical Director with the Montreal Canadians and the Bell Centre, specifically, his work on the design of the arena rigging and multi-configuration divider system considered one of the most technically advanced systems of its kind in the world. Since 2001, Pierre has been an Associate at Trizart and more recently has been appointed as President and Chief Executive Officer of the Company leading the team in projects. It is also worth noting that Pierre is one of the few Canadians members of the ASTC, American Society of Theatre Consultants, the only association of senior theatre consultants in North America.

Share This
Copyright 2021 Arts Consultants Canada - All rights reserved.
Back To Top