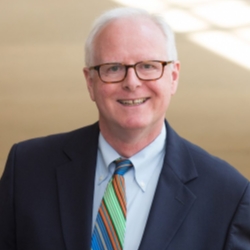 Ken Neufeld is a visionary not for profit executive with senior leadership experience at major arts and cultural organizations in both Canada and the United States. Most recently, Mr. Neufeld was president and CEO at Victoria Theatre Association – a 5 theatre performing arts center attracting over 500,000 patrons annually in Dayton, Ohio. While in Dayton, he conceived and raised the funds for the new PNC Arts Annex, raised $15 million allocated to current use projects and the organization’s endowment, and realized an operational surplus on an over $16 million budget in 8 out of 9 seasons. In addition to the overall responsibilities of running the Association, Mr. Neufeld also oversaw a major parking operation, a full-service restaurant and catering company, a ticketing operation, and the management of the largest group of non-governmental real estate holdings in downtown Dayton. Mr. Neufeld has also served as the Executive Director of a LORT B producing theatre for almost nine years, the Producer and GM at a ground-breaking performing arts center in Canada that initiated a series of innovative programs with a rapidly expanding Asian population, at a Civic Museum and Planetarium complex, and as the revenue manager for a prominent Canadian regional theatre company. He has an MA in Theatre from Michigan State University, a BA in Theatre from the University of Winnipeg, and continuing education certificates from educational organizations including Harvard Business School, Ross Business School at the University of Michigan, and the Banff Center. As a Consultant, Mr. Neufeld has worked with a variety of organizations on facility development projects, revenue enhancement programs, and governance training. He runs a weekly video blog – THE 2 MINUTE ARTS MANAGER – on Linkedin and Facebook. Ken was selected to participate in the inaugural pilot group of National Arts Strategies CEO program and then completed the program in 2012. He served as a Tony Awards voter for 9 years. He is the originator of The 2 Minute Arts Manager, a weekly video blog appearing on YouTube, LinkedIn and Facebook. He lives in Nanaimo, British Columbia.